As we went to Press, there was a measure of relief as Secretary of State James Brokenshire unveiled an ‘emergency’ budget for Northern Ireland in the absence of any progress at Stormont. With funding in place now, the industry is relatively safe and on a sound footing for the immediate future, but real political progress has to be made to provide lasting stability. Here’s hoping that a New Year will bring a new resolve. 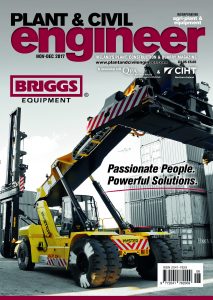 That said, the construction industry here in general isn’t doing too badly. The latest Ulster Bank PMI report shows that output and employment are growing at a rate not experienced for quite a while.

This positivity is reflected in this, the last issue of the year of Plant & Civil Engineer, and what a busy 2017 it has been across many sectors of our industry, celebration of which was marked at our recent annual Plant & Civil Engineer Awards at the Ramada Hotel in Belfast; our next issue will bring you all the news of who won what and why, though in the meantime you can check out the winners on our website at www.plantandcivilengineer.com.

The Plant Hire industry appears to be going from strength to strength if reports from the organisers of the Executive Hire Show 2018 event due to be held in February are anything to go by. The team recently held its annual exhibitor ‘Kick off’ meeting at the Ricoh Arena Coventry where we learned that an impressive 156 exhibitors already signed up for the 2018 Show!

Meanwhile, congratulations are in order for Construction Information Services (CIS) as it celebrates 45 years since the 1st issue of the CIS Report was produced. You can read all about it in this edition, as you can about our new ‘first lady’ of the construction industry, Margaret Conway of McAleer & Rushe who was recently named as ‘Construction Manager of the Year,” the first woman to ever win the title at a prestigious UK Awards event.

Well done, too, to the project team for the Holywood Sewerage Infrastructure Improvement Project which has been awarded the “Achieving Excellence in Partnering” award from the Construction Employers Federation; the team incorporated NI Water, Geda, White Young Green and McAdam Design.

Also in this issue, we turn the focus on Compact Equipment, Wheel Loaders and Tiltrotators, while our ‘View from the Cab’ features a Bobcat T650 compact tracked loader currently earning its keep with McCormick Contracts, and we also carry a review of the record breaking National Ploughing Championships in Co Offaly.

As this is our last issue of 2017, may we take this opportunity to wish you all the very best over the festive season, thank you for your continued support and may 2018 live up to your aspirations and expectations. 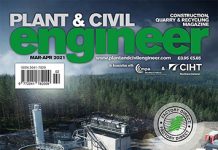 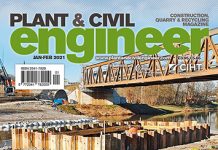 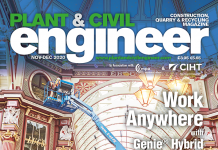