The recently published report addresses the fact that the injury rate in the waste and recycling sector is significantly worse than the average for all industries, with manual handling of waste at the kerbside responsible for 35% of the injuries leading to over 7 day absence from work that is reports to HSE.

Joseph Doherty, Managing Director of Re-Gen Waste says that this latest piece of research highlighting the serious issues associated with the box system and source-separated materials must not be ignored.

“Improving health and safety performance in the waste and recycling sector is, rightly, a priority for HSE,” he stated. “The fact is that workers collecting household recycling often have to manually sort waste at the kerbside and if the collection system, or the containers, or the vehicles are poorly designed then they can expose workers to significantly increased risks of musculoskeletal disorders (MSDs).

“We have been vocal about the fact that we believe local councils should urgently discontinue the use of box type recycling systems in favour of wheeled bin-based services. This would surely allow collection workers to work with fewer health complaints, more productively and for longer.”

The in-depth HSE report follows research earlier this year by the University of Greenwich and Glasgow Caledonian University, which confirmed that musculoskeletal injuries fell when wheeled bins were used instead of boxes or bags.

The findings suggested that wheeled bins were least likely to cause pain, compared to kerbside boxes, which represented the highest risk of injury to collection workers.

The report stated that lower back pain was caused as a result of bending, twisting, lifting and sorting recycling into different components and bins.

Joseph Doherty added: “As waste management companies, we absolutely have a responsibility to pro-actively protect the health of workers who are collecting waste on our behalf.

“It is simply not acceptable to ignore findings that state that workers are becoming injured where it could be so easily avoided with better designed systems; whether that be the use of wheeled bins, smaller boxes which are lighter to lift, or vehicles with a reduced loading height.

“There are ways to mitigate the risks and each of us in the industry must play a part in improving conditions for refuse workers.” 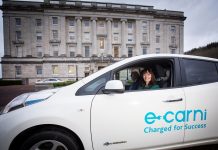 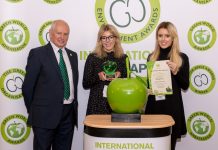 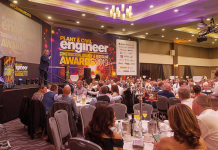