Hyster has launched the next evolution in its range of Container Handlers and 18+ tonnes capacity Lift Trucks, featuring new state of the art cabs and controls and Stage V compliant diesel engines.

“Work is easier and more comfortable than ever for the operators with anew seating design and large floor area,” he says explaining that the cabs feature heating and ventilation options to suit summer or winter conditions. With more glass integral to its design the new premium cab also provides excellent visibility during driving, reversing and manoeuvring. 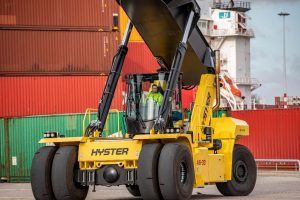 “For container handlers, including ReachStackers, we have developed a dedicated cabin with even more floor space and a re-designed joystick control,” Chris says. “To help operations keep control of costs, the cabin also includes a performance counter which reports usage data such as the number of containers moved, fuel used per container and distance covered per container.”

To support accurate and efficient handling, Hyster Empty Container Handler drivers also benefit from a user-friendly digital performance 7” display. An optional second graphic display can also clearly show the status of spreader engagement and whether the container has a positive lock or not, as well as any limitations the operator should be aware of. This may speed up operations and reduce ‘mispicks’, enhancing productivity even in heavy-duty applications. 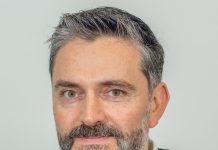 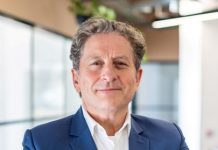 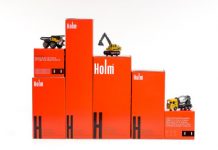