Preparations are well underway for the Construction Plant-hire Association’s (CPA) Stars of the Future 2018 event which is being held later this year to recognise the future stars of the construction plant industry.

Over 700 plant mechanic apprentices nationwide are eligible to enter the CPA Stars of the Future awards which are being hosted at the Heart of England Conference and Events Centre in Fillongley near Coventry on Thursday 14th June 2018.

Now in its sixth consecutive year, Stars of the Future is a national awards scheme for apprentices in the plant hire industry, organised by the CPA, the UK’s leading trade association for the plant hire sector. The CPA has over 1,600 members who supply 85% of hired plant to the construction industry. The awards scheme is run in conjunction with the UK colleges offering plant mechanic apprentice training and is supported by CITB.

This year’s awards are for plant mechanic apprentices who have been assessed throughout the academic year on their work in college and in their work environment, and the enthusiasm and commitment they bring to learning. There are separate prize schemes for Level 2 and Level 3 apprentices, at both regional and national level. The awards are intended to recognise and reward outstanding apprentices who not only bring ability and commitment to their learning and their work, but also possess those extra capabilities which mark them out as being not only the foundations of the future of the industry, but also potentially its leaders – the Stars of the Future.

Kevin Minton, Director of the CPA said: “Stars of the Future is a fantastic event whereby we have the opportunity to acknowledge and congratulate some of the industry’s most promising apprentices, and it is very highly regarded by employers, the participating colleges and the apprentices themselves. It has been fantastic to see the progress that some of the former national and regional winners have made in their careers since winning a CPA Stars of the Future award. Every year since we have introduced Stars of the Future, it has grown in stature, so much so that this year it is a stand-alone event for the first time.”

Sponsoring organisations have the opportunity to showcase their company to future stars of the construction plant sector. Snap-on is the tool kit sponsor and will be providing tool kits to be given out as regional and national prizes at the event. IPAF (International Powered Access Federation) is also a confirmed sponsor for the event.

Companies interested in sponsorship and involvement opportunities for CPA Stars of the Future 2018 can contact lisa@lisacollinscommunications.co.uk or call 07968 840390. 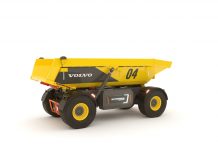 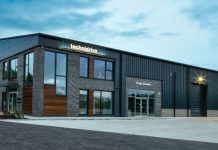 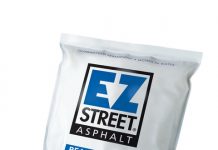