IPAF first began certifying training in 1993, with the distinctive yellow credit-card-sized PAL Card being officially introduced in at the end of 1998. At that time just over 11,000 MEWP operators had been certified by IPAF; with the introduction of the PAL Card that figure doubled over the next year, the eye-catching licence bearing the operator’s name, qualified machine categories and photo id proving popular from the outset.

In 2014 IPAF marked the milestone of 1 million PAL Cards issued, and in November 2017 IPAF passed the 1.5 million PAL Cards mark. Just three years on, and despite the impact of the coronavirus pandemic, IPAF has now certified more than 2 million MEWP and MCWP operator licences. 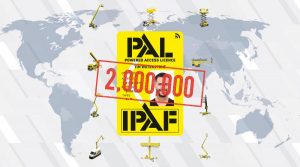 Over the years the design and functionality of the PAL Card has been improved upon, to ensure the card remains secure against fraudulent use, and with all cards issued after January 2015 being Smart-capable. The use of Smart technology allows the cards to interact with security, telematics and tracking systems on machines to ensure only authorised, qualified and correctly familiarised personnel are able to operate compatible machines.

All PAL Cards that are currently valid in the world today are Smart PAL Cards. Maintaining a digital log of operators’ machine usage is also a way to simplify the renewal process, and to demonstrate to employers the level of familiarisation they have accrued on different types of equipment.

PAL Cards are now able to carry the name and logo of the issuing training centre, and also sophisticated holographic logos such as the CSCS logo, giving access to all Build UK construction sites to MEWP and MCWP operators, technicians and delivery drivers as long as the card is valid. All IPAF staff are encouraged to hold an up to date IPAF PAL Card or MEWPs for Managers qualification. 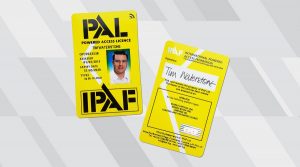 Giles Councell, IPAF’s Director of Operations, who led the adoption of Smart PAL Cards as part of IPAF’s ongoing commitment to “new generation” technology in its training programme, says: “It is a notable landmark that the number of IPAF PAL Cards worldwide has surpassed two million. From the outset uptake of the cards through quality IPAF certified training has been increasing year on year, to the point where we now issue in excess of 150,000 PAL Cards every year.

“As of this month our Training Centres may choose to assess candidates for the IPAF PAL+ advanced operator qualification using virtual reality (VR) simulators, which is an exciting new development opening up new possibilities.”

Peter Douglas, CEO & MD of IPAF, adds: “IPAF’s global training programme never stands still; in the past year alone we have worked to make the PAL Card renewal system more flexible, to comply with national requirements to refresh qualifications more regularly than every five years as required by IPAF. In Dubai for example the municipality now requires operators to renew IPAF training every two years, and we have worked hard to accommodate this legal change.

“We are expanding the range of courses and categories IPAF Training Centres can deliver, upgrading existing training into new languages and new applications such as eLearning and instructor-led remote learning, and working to extend the network of IPAF Certified training providers, under agreement such as that with United Rentals, the world’s largest MEWP rental company.

“We are also exploring the exciting possibilities that lie ahead for the PAL Card, for instance whether the Card can be translated into the digital realm, and working with the manufacturers of VR simulators to ascertain if it is possible to assess candidates who are renewing their MEWP operator licence in the VR realm as an alternative to using real-machines.”

“Everyone at IPAF is pleased and proud to have certified more than two million people around the globe to work safely using powered access machines; we look forward to certifying many more in the years to come.” 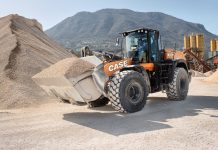 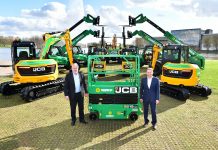 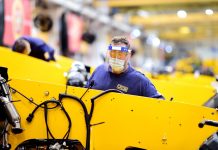