The new ‘Requirements for Tower Cranes alongside Railways Controlled by Network Rail’ has been prepared to provide clarity about oversailing of Network Rail infrastructures by tower cranes due to the inherent risks to Network Rail operations, personnel and the travelling public and the like. 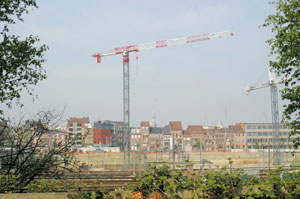 Lifting operations by their very nature involve risk. The starting point for the reduction of risk should always begin with consideration of the need to carry out lifting operations, or whether other, less hazardous, techniques can be used.
Being temporary structures, Tower cranes have the potential to present a risk to railways during erection, climbing, use, maintenance and dismantling. It goes without saying that if the crane or its load falls onto the track a catastrophic accident may well result. It is therefore essential that best practice is followed to eliminate or reduce this risk.

Where it is necessary to carry out lifting operations over or adjacent to a live railway, Network Rail infrastructure or railway public areas, Network Rail must be consulted at the earliest stage of planning. They will then determine the measures required, which may well include a railway possession and, if appropriate, isolation for which the lead time will be considerable.

Network Rail says that the following requirements must be adhered to when tower cranes are erected and used alongside Network Rail. Network Rail must be consulted by the user of the crane in all circumstances where the tower crane and its load can collapse within 4m of a railway asset or property boundary. A requirement in the guidance is to position the crane behind a building or other suitable obstacle preventing it falling on to the railway.

Other subjects covered in the guidance include Guying – where mast guys must be used (two required to provide redundancy) or a second mast if this is approved and agreed with the crane contractor.

Also, all ‘lifts’ to be in the direction away from the railway so that in the event of a collapse the crane and load cannot fall within 4m of the operational railway boundary. Use of a secondary tower – an erected tower crane with a secondary tower tied in to the tower of the tower crane at a height that would prevent the crane and load falling onto Network Rail’s operational boundary if the crane collapsed at the tie level.

Another recommendation if possible it tying the cranes to an adjacent robust structure – an erected tower crane tied into the building at a height that would prevent the crane and load falling onto Network Rail if the crane collapsed at the tie level.
If none of the above mentioned options are possible Network Rail has suggested many other safety measures which can be found in the Requirements for Tower Cranes alongside Railways Controlled by Network Rail’.

This guidance is recommended to all contractors, cranes hirers and operators – it can be downloaded FOC from the CPA Website. 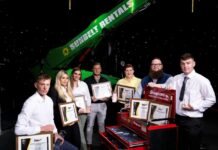 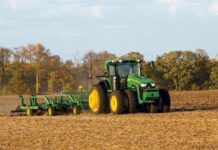 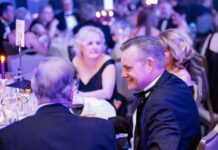