After what will be 28 long months since the last Vertikal Days event, there is a very positive vibe in the air from the UK crane, access and telehandler fraternity looking forward to catching up in late September at our new venue, the East of England Arena & Showground in Peterborough.

Taking place on September 22nd and 23rd Vertikal Days will be one of the first events in the UK since it ‘lockdowned’ in March 2020. It will also be the first outing for a host of new products, with visitors treated to a good number of World, European and UK ‘firsts’ from the crane, access platform and telehandler manufacturers, plus an abundance of new ancillary products and services in the Marketplace.

The show is the largest event in Europe dedicated solely to the lifting and working at height industry, and a perfect opportunity for rental companies, utilities, major contractors, and a plethora of end users who visit the show to see and hear about the latest developments on hand and ‘in the iron’. Staying true to its roots, visitors will also benefit from everything being complimentary, from parking and entry, through to refreshments and catering.

Located centrally within the showground, the Marketplace Pavilion is almost a show within a show, andwill include an even more comprehensive mix of companies displaying the very latest in ancillary products and services related to cranes, access equipment and telehandlers, such as safety equipment, software, innovative components, rigging solutions, training suppliers, financial solutions and electronics. It will also feature the main café serving complimentary tea, coffee and soft drinks all day – a great place to network or simply sit for 10 minutes to digest not only the pastries, but the host of equipment and services on offer.

Making its world premiere is the 150 tonne Liebherr LTM 1150-5.3 All Terrain crane, which is set to replace the manufacturer’s popular 130 tonne LTM 1130-5.1. while Kranlyft will have the new all electric Maeda MC285CB-3 spider crane alongside a range of other Maeda cranes, including compact mini crawler. This will also be the first chance to see the new six tonne Klaas K1100 RHX truck mounted aluminium crane and the heavy duty Uplifter GW1125 glass handler. Jekko distributor JT Cranes will have the recently launched lithium-ion powered five tonne SPX650 spider crane on show, as well as its600kg MPK06 battery powered mini pick & carry crane/glass handler.

For Spierings it is the first opportunity to demonstrate its new zero-emission eLift self-erecting mobile tower cranes in the form of the seven tonne SK597-AT4 and 10 tonne SK1265-AT6. Kobelco will have its latest 100 tonne Stage V compliant CKE900G-3 lattice boom crawler crane on its stand, while also being the first outing for its new Used Cranes Services.

Genie is another company with a host of new models to show, including the 14ft GS-1432m and 19ft GS-1932m micro scissor lifts launched last month, along with other E-Drive models. Dingli could well take the award for most new products on show, with both diesel and electric versions of its new telescopic and articulated boom lift range, as well as its new high reach Rough Terrain and narrow aisle scissor lifts. Haulotte will be another stand brimming over with new technology, with its all new HS18E-Pro electric Rough Terrain Pulseo scissor lift and 46ft all electric Sigma16 Pro articulated boom lift. 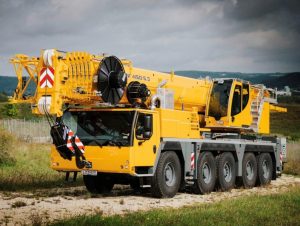 Italian spider lift company CMC will display a number of new spider lifts including the fully hydraulic S18F, the heavy duty 22 metre S22HD and 23 metre S23. This will also be the first show for Access Platform Sales (APS)since it took on the distribution of the LGMG range of scissors and booms, which it will show alongside a number of Hinowa spider lifts, including the 33 metre 33.17. It will also unveil the new Boss PA-lift push around scissor lift which is set to replace the current BoSS models.

Platform Basket distributor Promax will have the all new 25ft tracked RR9/200 Road Rail self-propelled articulated boom alongside a 20 metre hybrid Spider 20.95 and a 33 metre Spider 33.15. Avant UK will have Leguan’s newly redesigned 13.5 metre 135 Neo and 19 metre 190 spider lifts, while new subsidiary Almac Atlantic will have two world first outings on its stand – the 18 metre B1890 from its new Spider boom range and the ML 3.0 FX MultiLoader tracked carrier, as well as the 43ft Jibbi U-1570 which features a Multitel Pagliero boom on Almac tracked chassis.

The Imer line up of scissor and spider lifts will include its new 15 metre IM R 15 DA lithium-ion spider lift, the first model in its range to feature a dual sigma type riser.

Versalift will unveil the all new VTA-135 pick-up mounted lift, on a Toyota Hilux and Isuzu D-Max chassis, alongside its type approved VTL-135 van mount and a new hybrid model. CPL /Klubb will look to rival it with its KT range of 3.5 tonne van mounts and new 13.1 metre Palfinger P130A on an Isuzu D-Max 4×4 pick-up truck.

More European debuts can be found on the GSR stand with its 21 metre B210PXJ on a 3.5 tonne Mercedes Sprinter chassis, a 22 metre B220TJ telescopic that now features a jib and its newly updated PX/PXE range.

At the opposite end of the spectrum the latest developments in mast climbers and hoists can be found on the Alimak and Mace Geda stands and CLM will show its Maber product line.

World firsts from JCB include its all new fully electric 2.5 tonne/six metre 525-60E compact telehandlers as well as the 5.5 tonne/20.5 metre 555-210R 360 degree model. Snorkel  will also have its 626 electric telehandler on show, while Magni will debut its six tonne/10 metre TH 6.10 fixed frame telehandler announced at the start of the year.

GGR will highlight its increasingly popular Faresin Full Electric compact telehandler and might just have news on a larger electric model from the Italian manufacturer.

To check out the full exhibitor list visit: www.vertikaldays.net 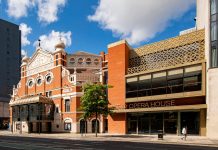 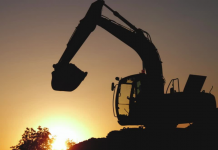 Get Ready For Vertikal Days… 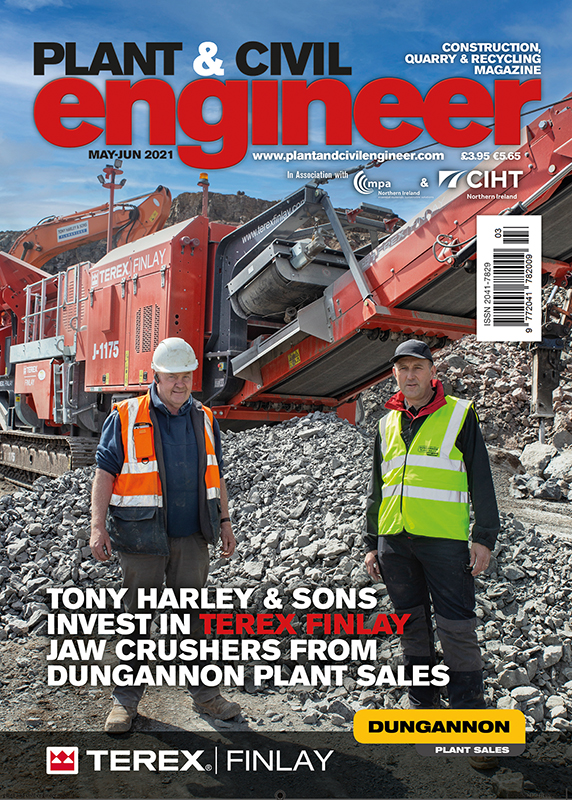