engcon is launching its EC-Oil quick hitch system on the lower quick hitch on the tiltrotator EC206 for excavators in the 4-6 ton weight class. This means that hydraulics, electronics, and central lubrication are connected automatically while the driver remains in the cab, increasing both efficiency and safety.

Since the beginning of the 90s, engcon has been manufacturing tiltrotators, a flexible wrist for excavators available in sizes 1.5-33 tons that makes it possible to dig in several different directions and make simple tool changes. Being able to tilt and rotate the bucket on an excavator means that the work is simplified, increasing efficiency by up to 25 percent.

In recent years, engcon has further developed the EC-Oil quick hitch system, it can connect hydraulic tools automatically, without the driver having to step out of the cab to make a manual connection of the hydraulic couplings. 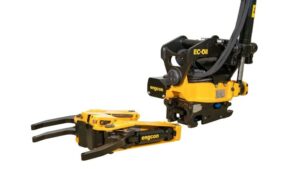 In 2020, engcon introduced EC-Oil automatic oil and electrical coupling as standard on the machine hitch S40 and on the upper part of an EC206 tiltrotator for machines up to 6 tons. Now engcon is taking a step further and introducing an EC-Oil automatic quick hitch system also on the lower quick hitch.

It is both convenient and saves valuable work time for operators by not having to step out of the cab to connect with manual, pressurised and dirty hydraulic couplings, contributing to improved efficiency and safety for our end users.

“After we introduced EC-Oil as a standard for our tiltrotator systems, sales have significantly increased, which indicates that the combination is appreciated by our customers and end users, says Martin Engström, product manager at engcon.

The lower quick hitch of the S40 also gets several extra hydraulic outlets as well as a smart function with the possibility to connect a detachable gripping cassette. It is now planned for Sweeper rollers and other tools.

“Detachable gripper cassette means that the driver can easily and quickly disconnect the gripper when it is not needed. It is a weight saving of about 35 kg and if you count how many times you lift the bucket in a day, it quickly results in a fuel saving and reduced wear on the machine,” Martin Engström continues.

engcon has also chosen to equip the EC206 with a completely new swivel with increased capacity and more outputs for extra hydraulics on the quick hitch S40 under the EC206.

In addition to this, there is an extra socket on each side of the quick hitch and an extra socket on the back of the bracket. Extra sockets on the side of the quick hitch bracket are also possible, feeding directly from the excavator’s extra hydraulic socket. This then enables a higher oil flow than the outlets that are controlled via the tiltrotator’s valves and enables operation of, for example, slope mowers or other tools that require slightly higher oil flows.

Martin Engström says that with the new swivel it also has the advantages of not having any hoses in the lower quick hitch. “It will be the same concept as the larger models where the EC-Oil blocks and extra sockets are screwed into the bracket. On the S40, the locking cylinder is also screwed directly into the block, and this means that the bracket has no hoses or moving parts that rub and cause wear. We know how crowded it can be to screw inside a tool holder, so this is a big step forward in terms of service friendliness.”

Additional features mentioned on the new EC206 are that it is now possible to equip it with both tilt and rotation sensors for the machines that have machine control systems. 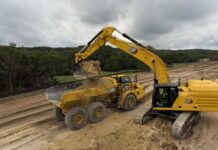 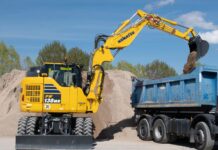 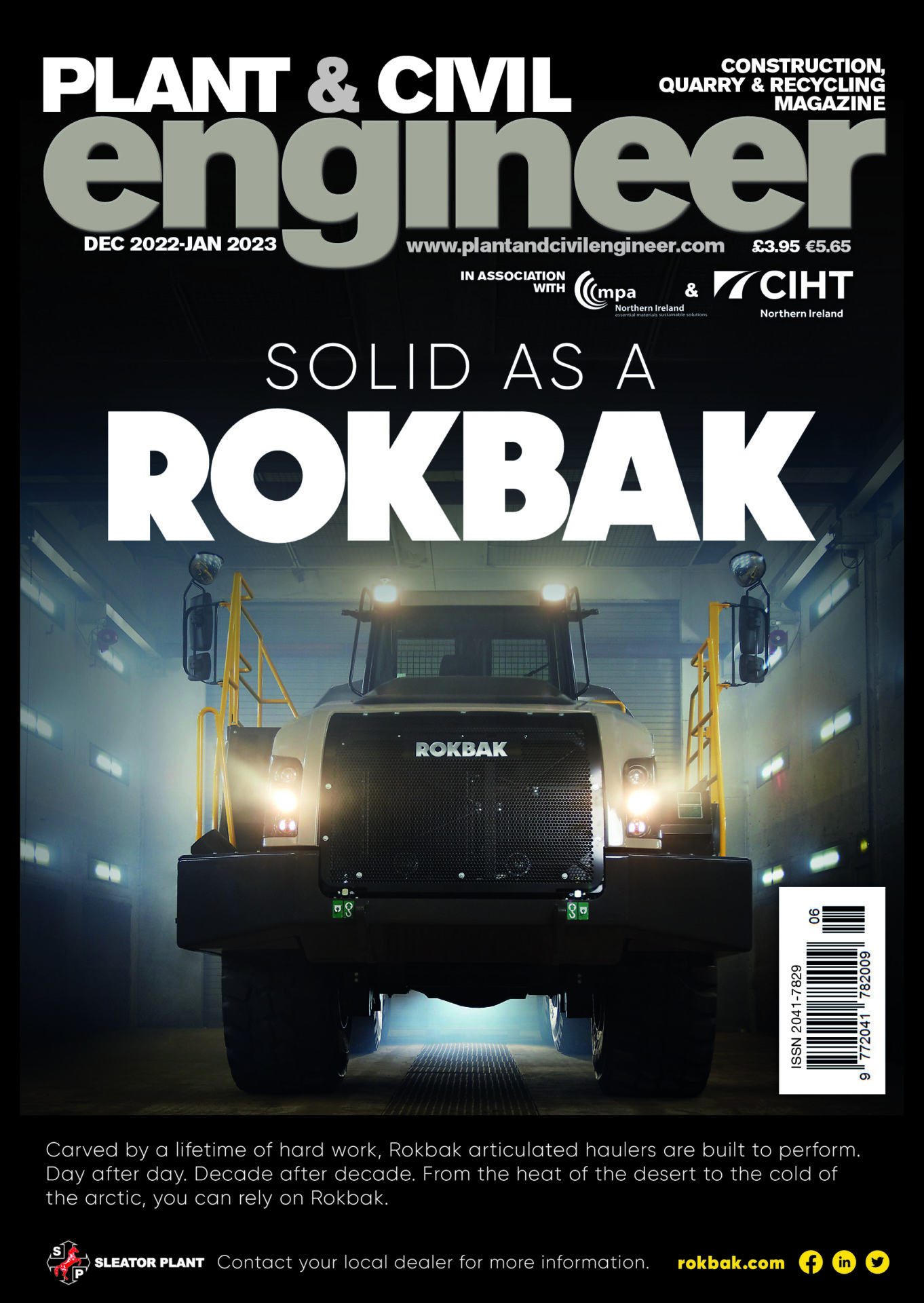