Another significant milestone has been reached for the arc21 residual waste management project, following the acceptance of a grid connection offer from NI Electricity Networks.

The proposed £240m infrastructure project at the Hightown Quarry site in Mallusk will have the capacity to treat up to 300,000 tonnes of council black bin waste annually, recovering additional recyclable materials and producing renewable electricity through an Energy from Waste (EfW) facility.

This  grid connection offer, accepted by the Becon Consortium who is bidding to build the facilities for the six local Councils in the arc21 area, is an important element of the overall project and will facilitate supply of electricity to the national grid, enough to power up to 30,000 homes.

The grid connection for the planned installation will facilitate an export capacity of 18.1MW. It is estimated that this will contribute over 50,000 MWh per year towards renewable energy targets while enhancing Northern Ireland’s security of supply and increasing the diversity of energy production in pursuit of climate change and net zero carbon targets.

The proposed EfW generator is a continuous, base load generator using predominantly non-fossil fuel and will align with the relevant government policy framework on climate change, reduction of greenhouse gas emissions and de-carbonisation of the economy.

The £240m infrastructure investment project includes recycling facilities which will extract valuable recyclates from black bin waste alongside an Energy from Waste facility which will generate electricity and facilitate other energy recovery opportunities from the remaining non-recyclable waste. As well as supporting the decarbonisation agenda, this is designed to support the new EU Circular Economy Package targets which have been adopted into UK law and which place a maximum cap of 10% on waste to landfill by 2035 alongside an ambitious recycling target of 65% in the same period. At present, households in Northern Ireland produce almost 500,000 tonnes of waste annually that can’t be recycled and which is currently landfilled or exported at significant cost to fuel Energy from Waste plants elsewhere in Europe.

A recent report from Grant Thornton described this approach as “not a legitimate or sustainable long-term solution.” They added that “the new Circular Economy targets mean that we need to develop a local self-sufficient solution which maximises the value from our waste.”

The Grant Thornton report also highlighted that ‘typically a project of this nature can be the anchor for other decarbonisation developments such as district heating, energy storage or hydrogen generation and distribution’. 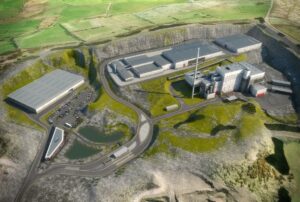 This is entirely consistent with the recent UK All Party Think Tank report ‘No time to Waste’. That report concludes that EfW has an important role to play in the necessary transition ahead of us: both as the lowest carbon solution for managing residual waste, but also by providing low carbon heat and electricity and supporting other sectors’ decarbonisation efforts. It states that waste management must be a key consideration as the UK’s focus shifts to net-zero carbon by 2050 and to addressing the long-term impacts of COVID-19.

Speaking about the latest milestone John Ahern, Becon Consortium said: “We are delighted to have accepted this connection offer as it represents another significant step in realising the value of this important infrastructure project for the arc21 council area and Northern Ireland as a whole. The need for our society to meet environmental and climate change targets has never been greater. As we pursue net zero-carbon targets by 2050 and the transition to a circular economy, Northern Ireland must play its part. This includes following the lead of other European countries to develop new waste infrastructure which diverts waste from landfill, increases recycling and maximises the value from our non-recyclable waste.

“The Becon Consortium has developed plans to build the necessary integrated infrastructure to meet the arc21 councils’ specific requirements in a way that will help meet statutory targets for landfill diversion, recycling and renewable energy for many years to come. The electricity connection specifically will contribute over 50,000 MWh per year towards Northern Ireland’s renewable energy targets. This in turn will reduce our reliance on imported fossil fuels and enhance our security of supply.

“Increasingly Energy from Waste is also unlocking other important decarbonisation opportunities such as hydrogen fuel production and highly efficient steam heating schemes. As well as this important grid connection, we are currently in discussions with various partners to explore the potential for this scheme to do just that here in Northern Ireland, similar to what we are doing in our existing EfW facility in County Meath. This is very much in support of the Executive’s desire to create a “green recovery” as we focus on growing the economy post covid-19 pandemic”.

Planning approval for the project was granted by Department for Infrastructure (DfI) Strategic Planning Division on 13 September 2017 (during the political hiatus in Northern Ireland) and following a clear recommendation to approve from an independent Planning Appeals Commission (PAC) hearing. That decision was later quashed following the outcome of a judicial review which questioned the legal basis for senior civil servants to make such a decision in the absence of a Minister.

The project planning application and the PAC recommendation to approve it now remain to be redetermined by the Minister for Infrastructure/NI Executive. 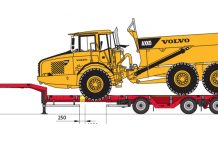 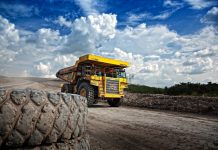